Illustration of a cat-organ, from La Nature (1883). Image via Messy Beast.

When I was a kid, my weird and wonderful mother used to amuse us by picking up the cat and pretending to play it like a bagpipe, using its tail as a mouthpiece. Her improvised feline instrument has, sadly, been upstaged by my discovery of the Katzenklavier, a Cat-Piano (also known as a cat organ) dreamed up in the 16th century.

This bizarre device was supposedly made by placing cats in boxes attached to a piano/organ keyboard, arranged chromatically by the tone of their meows. Their tails would be stretched out underneath the keyboard, and, when a key was played, a sharp nail underneath would strike their tail, prompting them to cry out in the corresponding note.

Poor cats. Luckily, there is nothing to suggest one of these was ever really built, despite the design cropping up several times since at least the late 16th century. 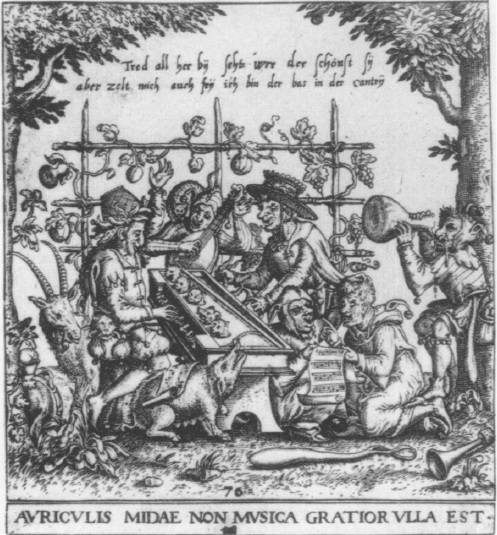 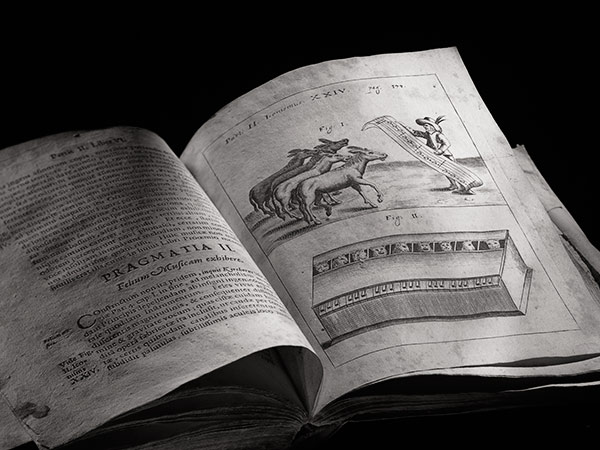 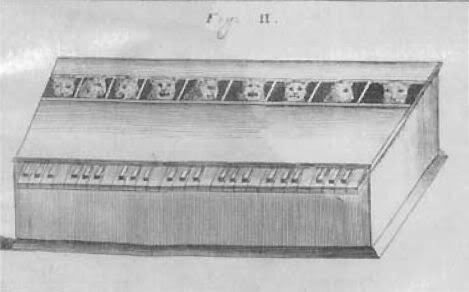 It seems that the intention of the Cat-Piano was originally for the amusement of royalty. In his 1650 Musurgia Universalis, Jesuit scholar Athanasius Kircher wrote that a Cat-Piano was used to lift the mood of a stressed monarch: “In order to raise the spirits of an Italian prince burdened by the cares of his position, a musician created for him a cat piano. The musician selected cats whose natural voices were at different pitches and arranged them in cages side by side, so that when a key on the piano was depressed, a mechanism drove a sharp spike into the appropriate cat’s tail. The result was a melody of meows that became more vigorous as the cats became more desperate. Who could not help but laugh at such music? Thus was the prince raised from his melancholy.” 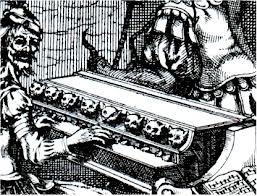 In his 1877 study of rare and bizarre musical inventions, composer and music publisher Jean-Baptiste Weckerlin described a parade in Brussels in 1549 attended by King of Spain Felipe II, which similarly featured a cat-organ….although this time it was played by a bear(!): “The most curious was on a chariot that carried the most singular music that can be imagined. It held a bear that played the organ; instead of pipes, there were sixteen cat heads each with its body confined; the tails were sticking out and were held to be played as the strings on a piano, if a key was pressed on the keyboard, the corresponding tail would be pulled hard, and it would produce each time a lamentable meow.”

And this tradition of Royal amusement lives on: here is a weird video of Prince Charles giggling hysterically over a modern-day (humane) cat organ.

But, perhaps more astonishing than its association with royalty, the Cat-Piano also found its way into modern psychiatry: in 1803, German psychiatrist Johann Christian Reil – the man who actually coined the term psychiatry- wrote about he cat organ in his influential Rhapsodies on the Application of Psychological Methods to Cure the Mentally Disturbed (also translated as “disorganized spirits). In this work, Reil suggests the Cat-Piano could be used as a tool to shake patients out of a fixed mental state, bringing them back into consciousness of the world.

In other words, Reil thought that the Cat-Piano was so bizarre that even insane people could see how insane it is.

// Images and information via: Fosco Lucarelli on Socks-Studio, Sarah Hartwell on Messy Beast, David McNamee in The Guardian, and Sean Kernan on Creativity in Photography. See also: Robert J. Richards, “Rhapsodies on a Cat-Piano, or Johann Christian Reil and the Foundation of Psychiatry,” Critical Inquiry 24:3 (Spring 1998), 700-736. (via JSTOR) and Carl Van Vechten, The Tiger in the House: A Cultural History of the Cat, (New York: Knopf, 1920), 195-196. 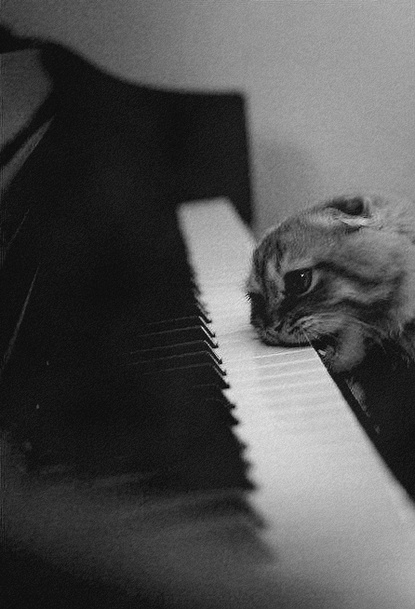 A cat turns the table on the piano. Chomp.