Portraits génétiques is a series by French photographer Ulric Collette in which he assembles the half faces of two relatives together to explore genetic likenesses. (Visit his website to see the entire series). The concept is exceedingly simple, but the results are surprisingly captivating. The play between similarities and variations between the two faces produces a slightly uncanny, slightly grotesque effect which is wonderfully bewitching. Like our inexplicable fascination with mug shots, Collette’s photographs demonstrates the deep pleasure we take in looking at human faces and their variations. If faces might somehow reveal something about the character of a person, perhaps Collette’s hybrid family portraits suggest that they also give an insight to the nature of our families. 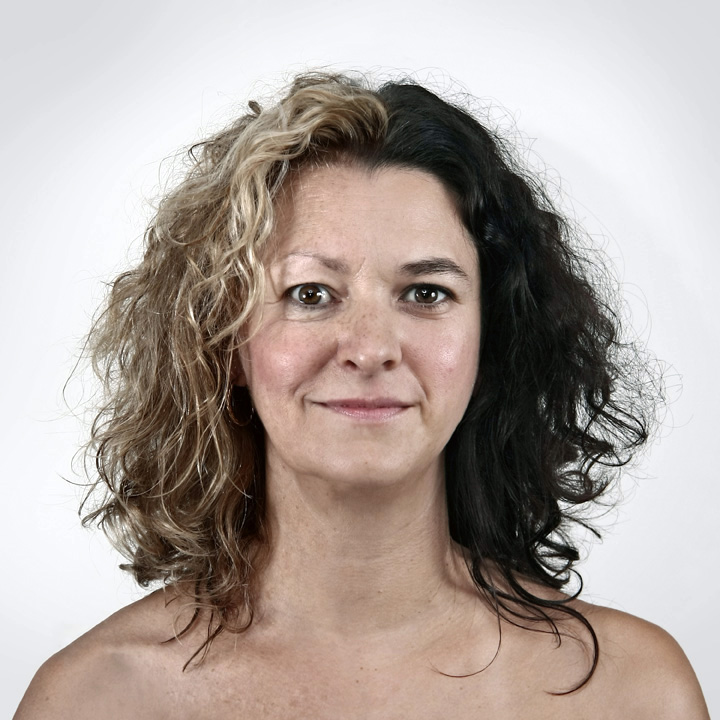 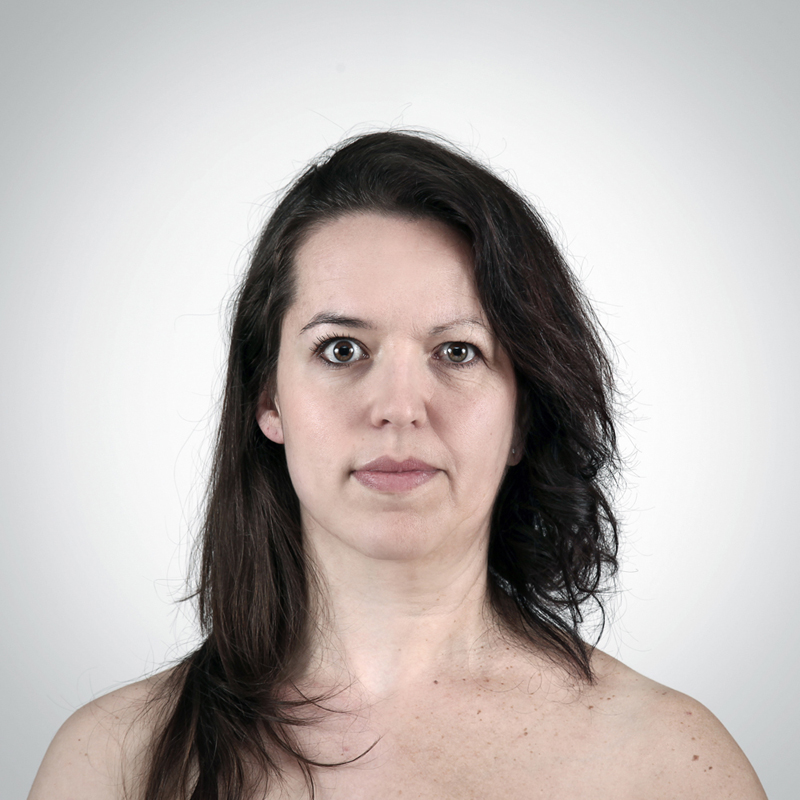 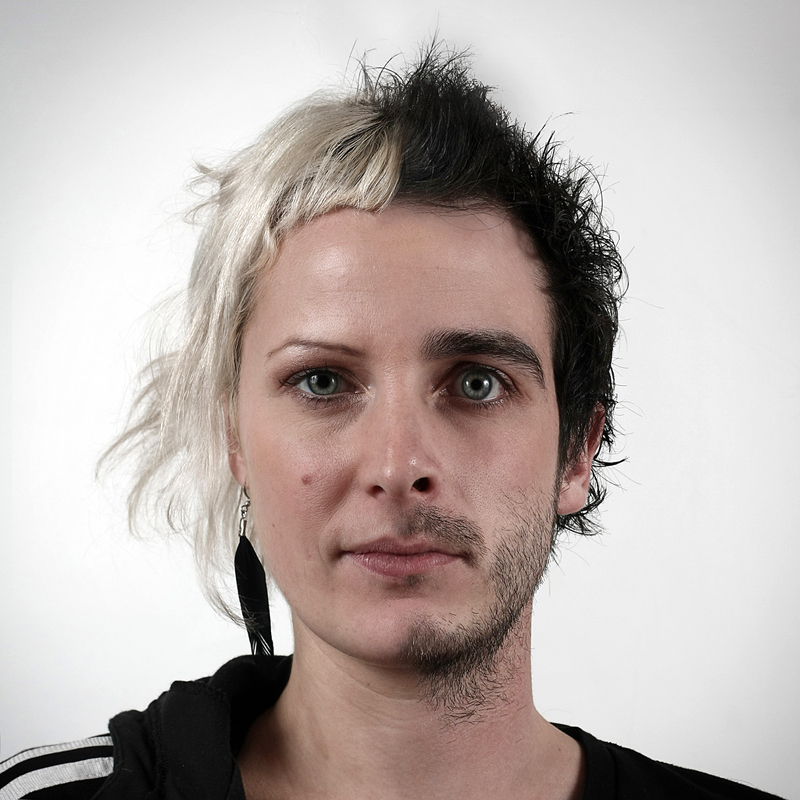 Collette’s genetic portraits reminded me of a video that recently went viral around the internet, which demonstrates the incredible “Flashed Face Distortion Effect.” The effect was accidentally discovered by Sean Murphy, an undergraduate student at the University of Queensland, and developed further by researchers Matthew Thompson and Dr Jason Tangen. Together they learned that when looking quickly at sets of two faces, the differences between the faces become exaggerated, and we perceive normal looking variations as gross deformations. I highly recommend watching their extraordinary video so you can see this ridiculously interesting effect for yourself:

Although the faces look deformed in quick succession, if you stop and properly examine any set of faces their features seem completely normal. Similarly, the more I look at Collette’s portraits the less bizarre they seem and the more easily I mentally distinguish the two faces. I suppose in that way his work might not really have a lasting quality, but rather relies on that jolting first impression. I would be interested to look at this project again after some time to see if it produces an effect on me.

// Can’t get enough faces? Go here to visit the BBC Science & Nature website for a psychology test which measures your perceptions of faces and tells you whether you are more attracted to extroverts or introverts. Here is another one which determines how the shape of the human face affects how you perceive someone’s personality. Both tests were developed by scientists Prof. David Perret and Dr. Tony Little, researchers at the University of St Andrews in Scotland who are renowned for their studies on psychological perceptions of the face. If you’d like to participate in some of their cool interactive online experiments, click here.