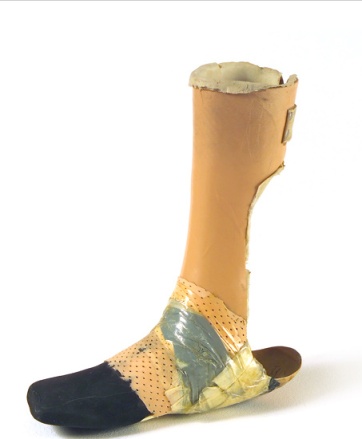 An under-knee prosthetic limb, Croatia, 1992. “In a Zagreb hospital I met a beautiful, young and ambitious social worker from the Ministry of Defense. When she helped me to get certain materials, which I, as a war invalid, needed for my under-knee prosthesis, the love was born. The prosthesis endured longer than our love. It was made of better material!” 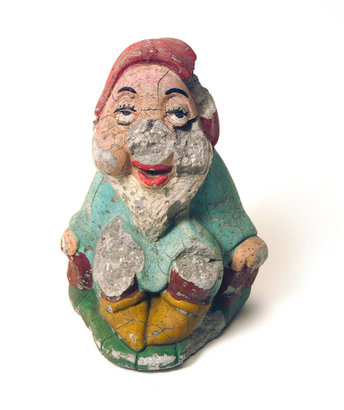 Divorce day dwarf, Slovenia. “… He arrived in a new car. Arrogant, shallow and heartless. The dwarf was closing the gate that he had destroyed himself some time ago. At that moment it flew over to the windscreen of the new car, rebounded and landed on the asphalt surface. It was a long loop, drawing an arc of time – and this short long arc defined the end of love.”

A monument to broken hearts and lost loves, the clever Museum of Broken Relationships features objects related to former romantic relationships, anonymously donated by broken-hearted people all over the world. 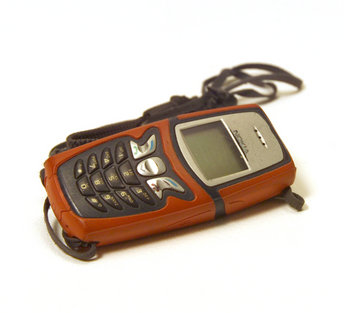 Glass horse, Slovenia, 1982-1997. “He said: Darling, I love you. I’ll never stop loving you. You are my life. I answered: Me too, dear. When we entered the room, I opened my gift and saw the little glass horse. 20 years later, I am divorced. His love disappeared like the wind.” 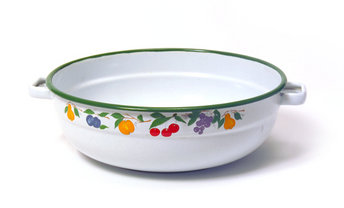 The museum was originally conceived by Olinka Vištica and Dražen Grubišić as a travelling exhibition, and now has a permanent home in Zagreb, Croatia. Featuring diverse love tokens such as teddy bears, wedding dresses, underwear, and even an axe, the collection becomes a physical manifestation of the heartache, nostalgia and anger experienced during the demise of a relationship.

Each object and its accompanying description offers a juicy little glimpse into someone’s personal life. But why donate these objects in the first place? Why offer up a slice of your most painful memories and failed love stories for strangers to gawk at? Maybe it is a ritualistic purging, or a sort of celebration of the universality of heartbreak. But I think people have given objects to the museum because it provides a place to share a part of their past they don’t want to forget, but find too painful to remember.

What item would you put in the Museum of Broken Relationships?

Tibetan prayer flags, Istanbul, 2011. “A beautiful love story that started on the first lunar eclipse of 2011 yet could not last until the second one that came only 6 months thereafter. Many objects could depict this tiny but wonderful love story. But the best one would be his Tibetan Prayer Flags he had given to her on her birthday, in Istanbul. All her prayers flew in the air but were left unanswered…”

Box made of matches, Slovenia, 1973-2000. “A box – Jelka, Vlado, November 15, 1975. Vlado made it after the wedding, when he was in the army. After 18 years of marriage he left me for another woman; we officially divorced after our 25th wedding anniversary…”

// Images from the Museum of Broken Relationships, and other places (click on images to go to individual sources).